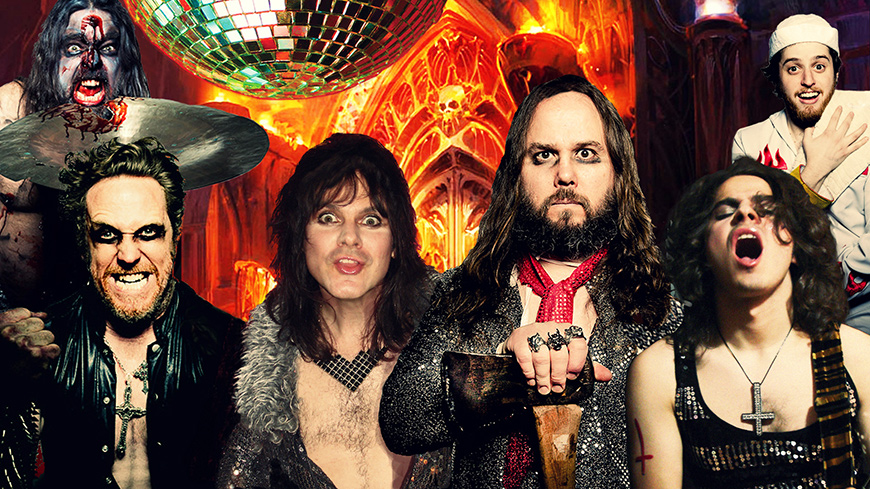 Get your groove on like never before at Glastonbudget 2017!

Flying all the way from New York City to appear at Glastonbudget 2017 is Tragedy: All metal tribute to the Bee Gees and beyond.

Expect flares, long hair and lots of movement of the body but perhaps, not in the way you might imagine. Tragedy’s passion for Disco and Metal music genres are combined to deliver a raw head-banging bombastic version of the groups famous falsetto songs. Like their idols, the band is made up of brothers. Only this time there’s six of them. Gladly for the rest of us they didn’t attend the peace summit between Disco and Metal back in 1977. Thus, breaking the agreement that the two sounds should never meet. The guys smash all rules well out of the park to deliver an energetic heavy metal vibe underpinned with a groovy disco beat. An act that must not be missed at Glastonbudget 2017.

If a former Editor of the Mirror says it’s true it must be!

The band has taken their electrifying live performance to audiences around the world with their big break coming on the release of the video for the legendary Grease hit, You’re the One That I Want, which sent the internet into meltdown. Since then the boys have appeared on many TV shows with people’s favourite () Piers Morgan stating, “You’ve heard the Bee Gees song, Too Much Heaven? Your band Tragedy is more like too much hell!” If you’re looking for an act to get your Glastonbudget 2017 party started, then these guys are the perfect choice.

Stage is set for the best Glastonbudget ever!

Glastonbudget 2017, now in its thirteenth year, will once again take place at its home on Turnpost Farm in Wymeswold Leicestershire from the 26th to the 28th of May 2017. The festival is proving more popular than ever with ticket sales already over 50% ahead of last year which was a record year in itself. This year’s line-up offers a mouth-watering experience and that’s before you venture outside of the beer tents. Back for their second appearance will be the world famous Bootleg Beatles accompanied by tribute classics such as Mercury, award-winning Gordon Davis as Elvis,  and Ben as Michael Jackson. Making his first appearance is Bruce the UK’s foremost Springsteen tribute so all in all Glastonbudget 2017 is set to be the festival of the year.

What a lovely review