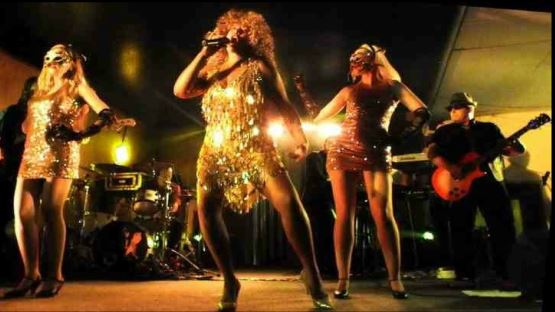 TOTALLY TINA was formed in March of 2008, Justine had been working as a solo tribute to Anastacia since her winning appearance on ITV’s “Stars In Their Eyes” in 2002 and was invited to the biggest tribute festival held in England, GLASTONBUDGET.

The festival was for bands only (No backing tracks at all) which posed a problem. So Justine searched her hometown Liverpool for a well-established band to help her out.
A good friend of Justine’s , Simon (Keyboards), introduced her to some of the band members his father used to work with, the famous Liverpool group THE UNDERTAKERS.
Such a big character demanded a big show, so the band recruited young and talented multi-instrumentalist/singer David Gorst, and a troupe of professional dancers. That’s when TOTALLY TINA
was born. 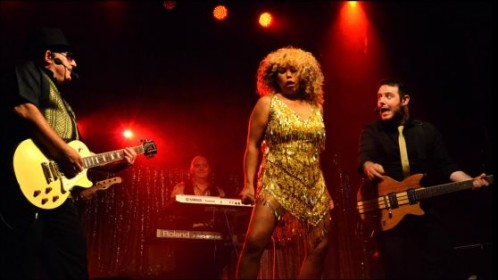