Kazabian quickly established themselves as one of the most accurate tribute acts in the world, delivering
an incredibly authentic Kasabian live experience.

Touring extensively around Britain and Europe, they have played shows with Ollie Murs, Pendulum,
Ocean Colour Scene, Pigeon Detectives, James, Stars from The Only Way is Essex and many more…
They have played to a 40,000 strong crowd at Liverpool’s Mathew Street Festival.

They have featured in several publications including Q Magazine, Esquire, the Guardian and have had
live footage of a Kazabian show aired on NME TV. 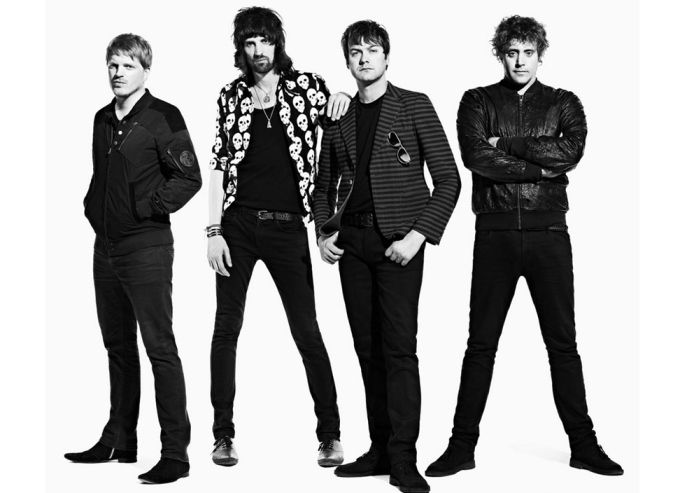 They offer a set consisting of tracks from the self titled debut album “Kasabian”,
“Empire”, the critically acclaimed “West Ryder Pauper Lunatic Asylum”, and the phenomenal latest
offering “Velociraptor!” From Clubfoot to Empire through to Fire and Days are Forgotten, crowd reactions
are often euphoric!

Kasabian want to use their tribute band Kazabian in one of their shows.

The ‘Fire’ hitmakers are very impressed by Kazabian and would love to work with them in future.
Frontman Tom Meighan said: “I’ve been keeping tabs on them for ages. They’re f***ing frightening, they’re so good.

Kazabian play on the BigTop on Sunday, to see the rest of the lineup Click HERE