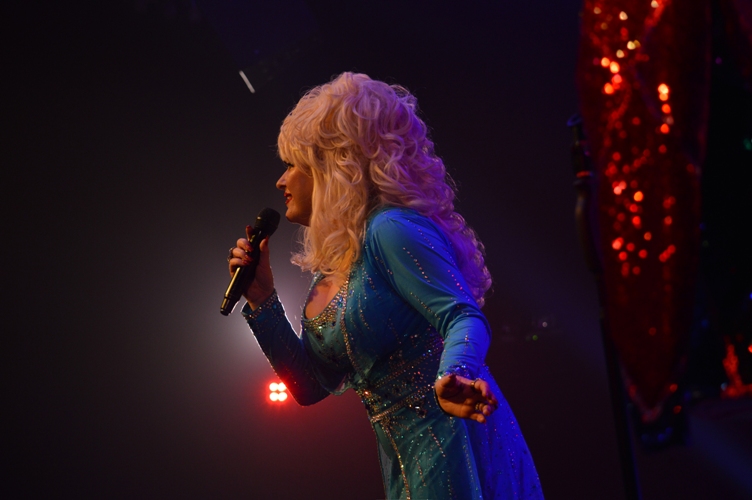 Dolly Parton Experience. In 2011 and 2014 she performed for Dolly’s VIP guests at the 02 in London and MotorPoint Arena Sheffield for Dolly Partons “the Better Day and Bluesmoke Tours” Performing for Norway’s Artic Equestrian games, Butlins Country and Western weekends, Corchevel – 1850, Klosters in Switzerland and The Red Cross annual Ball and many other prestigious events and corporate engagements.

She has performed on National TV with Dr Hook and worked on Stage, Theatre and Cruise liners alongside The Bellamy Brothers, Frank Carson and many other fabulous personalities.

She has toured Europe and Worldwide including Spain, the Balearic’s and Germany, Scandinavia, India & Hong Kong, The Channel Islands, Orkney Islands, Ireland, Scotland, and Wales. Performing in Theatres, Manor houses, Mansions, Hotels and personal appearances. This show has a fabulous way of capturing your heart, Wonderful replica dresses and costumes from Las Vegas, England and Nashville’s “Country Tonight Show”

Sarah Jayne “I have been performing as Dolly for 25 years now.

I have worked at the 02 Arena, on Dolly’s Better Day and Blue Smoke Tours as Dolly, for her VIP guests and I have had the pleasure of meeting Dolly Parton and Kenny Rogers professionally and personally”

I’m So Lucky have my wonderful and permanent 6 piece Backing Band “Sarah Jayne’s Tennessee Allstars Band” with musicians i have chosen that really are top of their game, SO like my replica costumes I have spent time and money in finding the very best Professional Musicians to Make it not just a Dolly Parton Tribute Show but The Dolly Parton Experience.

Dolly Parton – The Lady herself

“wow fantastic, Thanks for all you do”

Tai Uhlmann – USA TV Director of “For the Love of Dolly”

We Filmed Sarah Jayne in London while shooting our film For The Love of Dolly. She shared her stories and Dolly Parton giggle then we watched her as she transformed from Sarah Jayne into Dolly Parton!! She is a very skilled impersonator and a great talent! check her out!

This act absolutely stole the show and was a huge talking point not only on the night but still today friends comment on how fabulous they both were! Sarah-Jayne singing alone was out of this world but Andy singing alongside her as Kenny Rogers was Perfect.

What an Amazing couple to work with, Fabulous Look, Outstanding Vocals, easy to deal with and will do anything to cater for your needs.

Quite possibly the best tribute act in recent times. Sarah Jayne took the audience on a fantastic journey through the bursting career of the legendary Dolly, supported by an equally brilliant Kenny Rogers tribute act, Andy Crust. 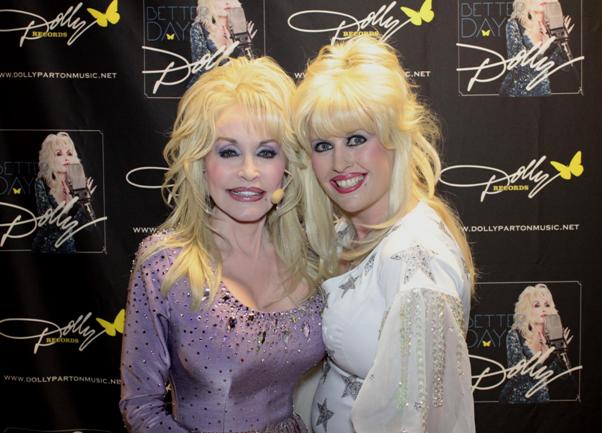 Celebrating 25 years as a full time Impersonator Sarah Jayne’s Dolly Parton Experience is a superb production paying tribute to the sensational Dolly Parton. This incredible show captures the image, the personality, the stage presence, with the heels and Hair and most importantly the voice of The Queen of Country.

Sarah, with Dolly’s mannerisms, speaking voice, character and replica costumes, false eyelashes and long false nails is what continues her success as the leading Dolly Tribute in Europe.

From the very opening song the hits keep coming… 9-5, I will always love you, Here you come again, Coat of Many Colours, Jolene, Applejack and many more… Plus modern day hits like Blue Smoke, Better get to livin and Pure and Simple.

Props include Guitar and Banjo and Violin. The Tennessee Tourist Board London & USA Proudly sponsor and associate with this show which is a privilege and true reflection on the calibre of this act.

“She has performed as Dolly Parton in More Countries Worldwide than any other Dolly Parton Tribute Act and she is the choice of most Major Brands around the world, when Dolly is unavailable”

Sarah Jayne’s reputation and performances are at the very top of the industry as a Tribute to Dolly and is “Britain’s Busiest Dolly” The Guardian. 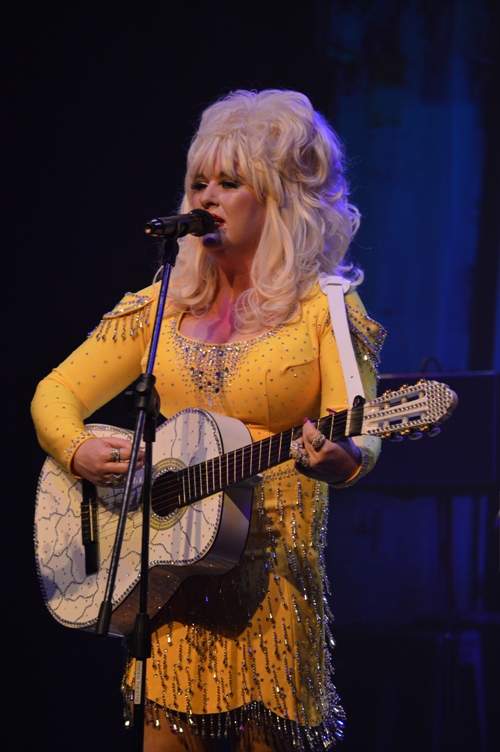