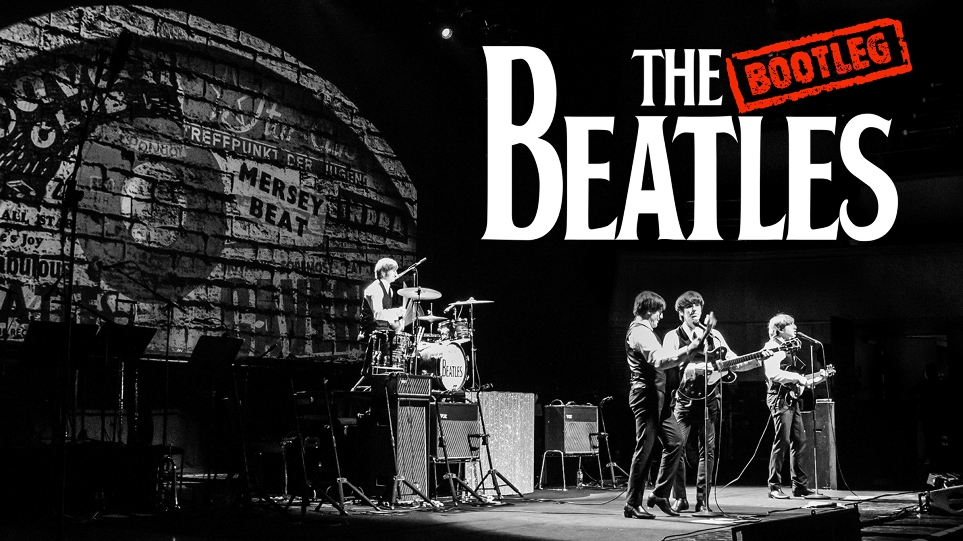 This year the Bootleg Beatles are celebrating 40 years since their debut on the West End stage in ‘Beatlemania’. The world’s Premier Beatles band continues to draw critical acclaim with their flawless recreation of the greatest songbook of all time. Tracing the Fab Four’s journey through the swinging 60s. Every tiny detail is forensically observed from their authentic period costumes and instruments. To their witty stage banter and “inflection perfect” vocals. This show is an absolute must for Beatlemaniacs of all ages. 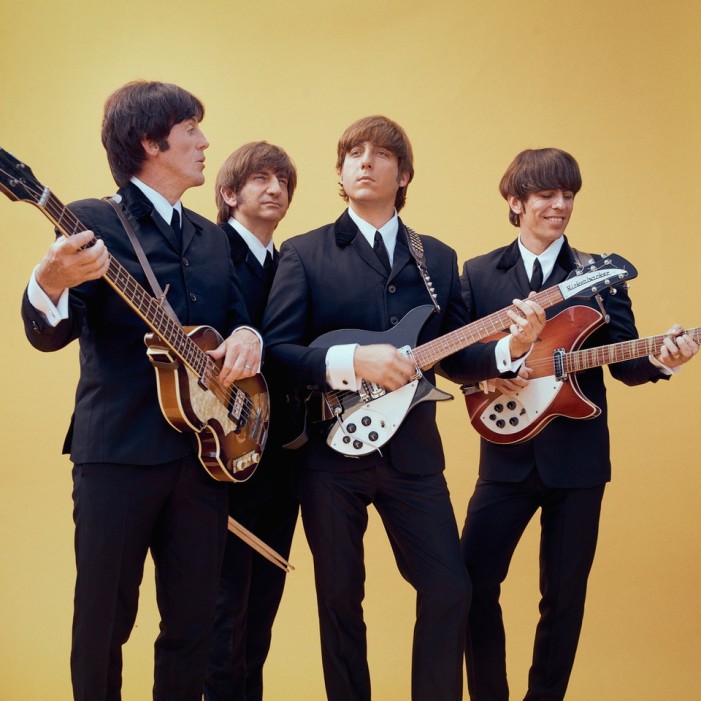 Neil Harrison (former John Lennon); Andre Barreau (George Harrison) and David Catlin-Birch (Paul McCartney) met in 1979 when they were all cast in the hit West-End production, Beatlemania. When the show finished its run the band, knowing the repertoire inside out, decided to continue performing it and thus The Bootleg Beatles were born in 1980, along with the entire tribute genre.

What started as 4 musicians with black polo necks and a wig has evolved into The Bootleg Beatles’ lauded show which combines note-perfect renditions of Beatles repertoire, spectacular costume changes and a visually stunning video backdrop. They faithfully re-create 6 phases of the Beatles meteororic rise from a basement (The cavern in Liverpool) to a rooftop (The famous Apple concert in 1969) via Shea Stadium, Sgt Pepper and the Magical mystery tour.

After 31 years portraying John in the Bootleg Beatles, Neil Harrison announced his intetion to retire from performing in January 2011. Following an intensive audition process, and much media speculation, in July 2011. The Bootleg Beatles announced Adam Hastings would don the wigs and glasses in the band. His debut performances with the Bootleg Beatles have been met with rave reviews from fans and critics alike!
In July 2014 Andre Barreau retired and after many auditions Stephen Hill was chosen to take on the role of George Harrison.
A further change in 2016 when Gordon Elsmore took over the role of Ringo as Hugo Degenhardt left for pastures anew. 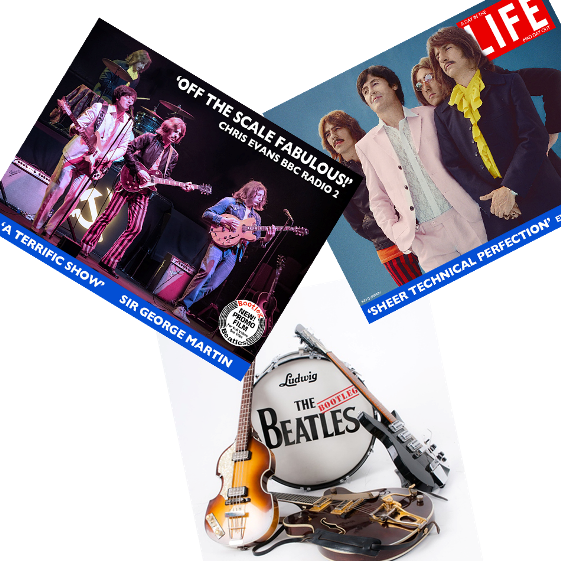 “Entirely convincing.” The Times
“A joy to behold.” The Telegraph
“Mind-boggling accuracy.” The Mail on Sunday

The Bootleg Beatles Are:

To see the rest of the lineup click here